Hughes Communications is an American satellite internet service provider. The company mostly services customers in rural areas that are beyond the reach of “last mile” wired infrastructure. [1] Hughes invented the VSAT (very small aperture terminal) in 1985, a technology used by nearly every satellite mobile communications system in the world.

Hughes expanded in 1996 with their proprietary HughesNet, a satellite internet service for small businesses and private customers. Currently, Hughes is designing a software-defined network (SDN) using a modified version of adaptive routing. [4] Their SDN is divided into three layers: the app, the control, and the infrastructure. Infrastructure is the hardware side of the network and consists of the SDN-ready mechanical devices. Control is where the SDN acts and performs its duties, directing traffic and managing interworkings. App is the output that actually uses the switching network resources. The app can be either aware of the network capabilities (i.e., the extent of the possible routing protocols) or aware that there is a network (i.e., that dynamic routing is possible), but it does not have any effect on the SDN performance. [5] [6] Hughes released a secure SD-WAN (software-defined wide area network) to consumers in mid-2018. 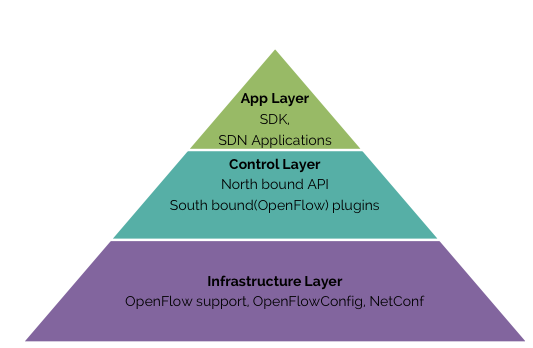