FSO is an emerging field where uncertainties exist in applications, fundamentals, and ways to utilize technology. As with all optics-based technologies, the largest obstacle to growth is signal attenuation in communication links. Research institutions, private companies, and government agencies are all conducting individual experiments and studies to broaden understanding and advance FSO technologies. Some topical areas of ongoing research are listed below.

An all-optical network has no conversion between electrical and optical signals. Small/short networks such as fiber LANs and some FSO systems are all-optics since there is no need to convert the signal to electrical to boost its power (also called Optical-Electrical-Optical conversion). OEO conversion is common in very long networks where signal gain is a necessity, such as trans-Atlantic or trans-Pacific fiber lines. The major research done in all-optics networks includes networking and wavelength conversion, multiplexing (WDM), wavelength routing, and signal assignment by wavelength. [1] [2] [3].

One of the newer plausible ideas in free-space optics, almost out of science fiction, is to use the lighting system of an enclosed space as a communications transmitter. Rather than use a laser to send a signal, the lighting system uses white LEDs (WLEDs) for its broad spectrum, mechanical longevity, low SWaP, and resistance to electromagnetic interference (EMI). Other pluses include low cost, confinement by walls or other compartments (thus preventing outside tapping), and license-free use. Interest in the technology has been geared toward internal communication systems for airplanes and other avionic platforms rather than domestic areas such as houses, apartment buildings, or office complexes. [4]

Since the information being communicated through the LEDs would be sent at very high frequencies, the lights in the enclosed space will always appear (to the human eye) to be running continuously rather than flickering or pulsing. The white light spectrum has many frequencies available for use, so even in a large setting, spectrum availability or bandwidth allocation will not be a problem. Currently, WLED lighting communication systems are at a low technology readiness level and are not available commercially.

Underwater optical wireless communication (OWC) is beginning to attract attention for its speed and its military and research applications. However, light is severely attenuated when traveling through water, limiting its capabilities. The most challenging obstacle to overcome in W2A communication is the amount of noise generated by random waves on the water’s surface. Random waves add considerable noise to the eye diagram, preventing the receiver from detecting a signal and establishing a communication link even at a depth of only 40 centimeters. [5] 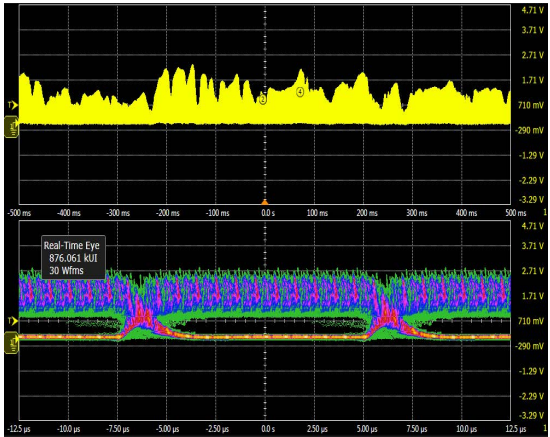 Mitigating effects of scattering and scintillation

The biggest limiters for FSO transmission are scattering and scintillation, both of which contribute significantly to optical signal attenuation. There are a few ways to reduce these “troubles of the trade”, some of which are listed below.

While scintillation in FSO is typically corrected using adaptive optics or aperture averaging, scattering is an effect of the transmission medium which cannot be corrected. Most FSO systems attempt to compensate for scattering using hardware like spherical-curved mirrors, fast-scanning mirrors, or atmosphere filters for the many atmospheric windows. Some systems can also use an image processing technique called “scatter correction” after a signal has been received. [6]