Telstar is a series of satellites that helped launch a new age in electronic communications. The first in the line of satellites, Telstar 1, was launched on July 10, 1962 from Cape Canaveral, FL. It was the first privately sponsored space-faring mission and was designed to receive, amplify, and relay a signal to a different ground station than where the signal was transmitted. The original satellite weighed 77 kg, contained over 1,000 transistors, and was powered by nickel-cadmium batteries which were recharged by 3,600 solar cells. Telstar 1 was the first satellite to successfully relay the first transatlantic television signals. 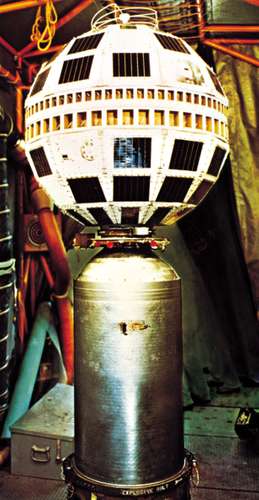 Telstar I was launched on July 10, 1962 and marked a new era in electronic communications.