Originally designed by the Soviet Union for military communication purposes in the 1970s, the Global Navigation Satellite System (GLONASS) is a satellite constellation that has been adapted for commercial uses such as weather broadcasting, navigation, and reconnaissance. GLONASS is often used as an alternative to GPS.

The first GLONASS satellite was launched in 1982 and the system was declared fully operational in 1993. Russia has committed to having a minimum of 18 satellites in the constellation at any given time, and the current constellation consists of 24 satellites (and tree spares) in three orbital planes with 8 satellites per plane. The satellites are placed into circular orbits with periods of 11.25 hrs, target inclinations of 64.8 degrees, and an orbital radius of 19,140 km. This is about 1,060 km closer to the surface of the Earth than GPS satellites. [1] [2] 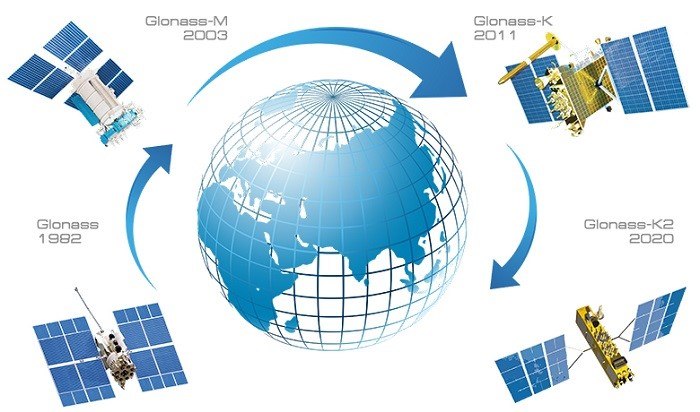