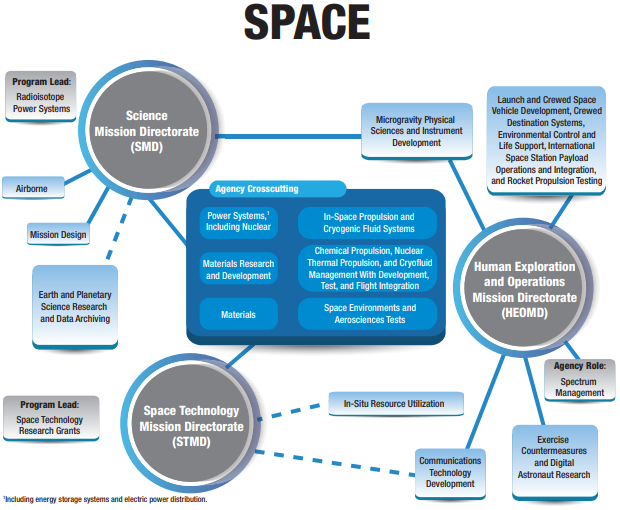 Glenn Research Center has key mission directives in many fields. One of GRC’s primary projects is developing deep space exploration systems for future human use. Some other prominent projects GRC supports is the universal stage adapter for the Space Launch System rocket, the Orion spacecraft’s European Service Module (ESM), and the power and propulsion element for the proposed Deep Space Gateway. The GRC also researches spacecraft power systems and fire safety.

GRC’s advances in low-Earth orbit and space flight operations management include several R&D projects on the ISS and on Earth. Glenn Research Center heads experiments in fluid mechanics, combustion science, and microgravity transport phenomenon, all of which are performed on the ISS. The GRC leads research in the electrical power system of the ISS (including lithium-ion battery development) and the utilization of advanced communications technology. One such example is the SCaN Testbed, which has already been integrated into the ISS.