One of the largest obstacles FSO communication faces is the ability to penetrate dense fog and other atmospheric turbulence. On 18 October 2018, Schimmel et al published their work on an active method allowing for FSO communication through clouds and fog. They were able to achieve this by utilizing ultrashort high-intensity laser filaments which are powerful enough to expel any droplets out of the beam allowing for the transmission of high-bit-rate telecom data at 1.55 μm. This method requires a relatively low amount of energy making it feasible to use in Earth-satellite FSO and secure ground-based optical communications. 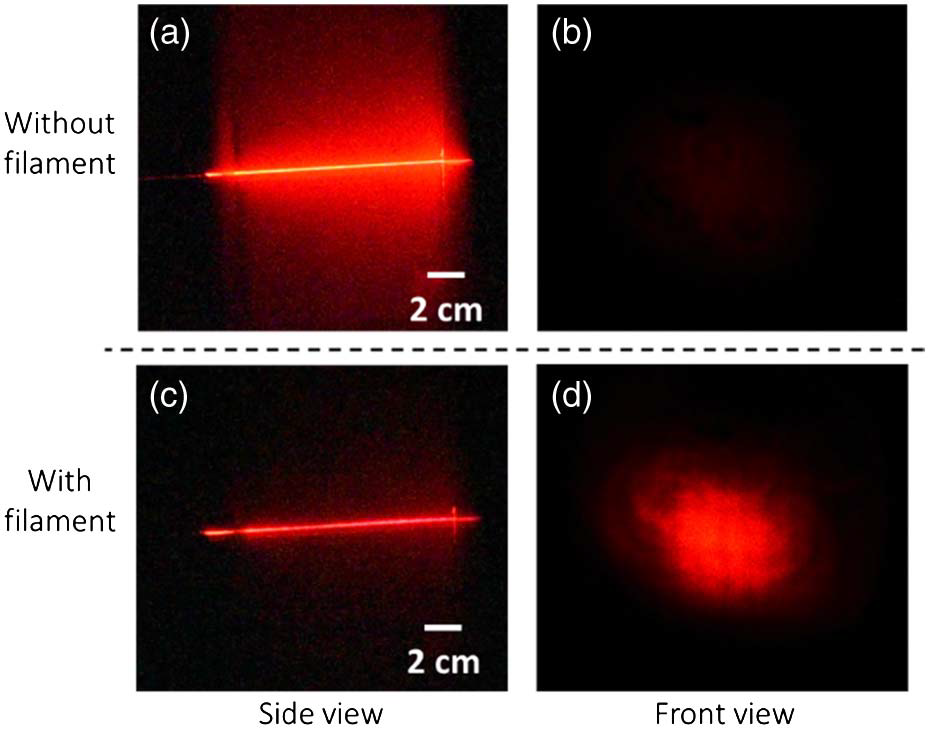 From the picture above it is easy to see the scattering effects on the beam in (a) when there is no filament. The receiver is barely able to pick up the signal as seen in (b) even at the short range of 2 cm. However, when the filament is attached the attenuation is greatly reduced as seen in (c). This allows for a much greater portion of the signal to be picked up by the receiver as seen in (d). Schimmel et al were able to duplicate the results using water droplets with a density more than 100 times higher than real fog in order to simulate real atmospheric conditions at such a close range. However, significant issues arise when trying to extend the range over hundreds of meters such as beam divergence. [1]